Resource sharing has always remained a key focus of researchers ever since the first computing devices were created. It is now that it has become ubiquitous in different segments of computing. Linux containers is one amongst those resource sharing technologies that has enabled a revolution of sorts in the computing world. Modern servers are beasts which can run multiple Operating Systems simultaneously making use of advances in hardware assisted Virtualization technologies. You can spin up hundreds of headless virtual machine instances on a single high end physical server. But, even such concurrent use is not enough to achieve high utilization of these servers.

Modern Service oriented architecture of applications sometimes require hundreds of services running on behalf of an application. Running a bunch of services with appropriate scalability and redundancy requires that we can start/stop these services quickly. Running a full Operating System instance on a virtual machine does not help this cause as it is too heavy for the task at hand.

Also, as most of the computing infrastructure moves to the cloud, we are more than ever concerned about utilization and eventually the cost we are paying for the infrastructure. Docker technology addresses these concerns by providing the ability to run instances of your application in a portable and scalable manner while ensuring high efficiency.

Why Use a Docker and not a Virtual Machine? 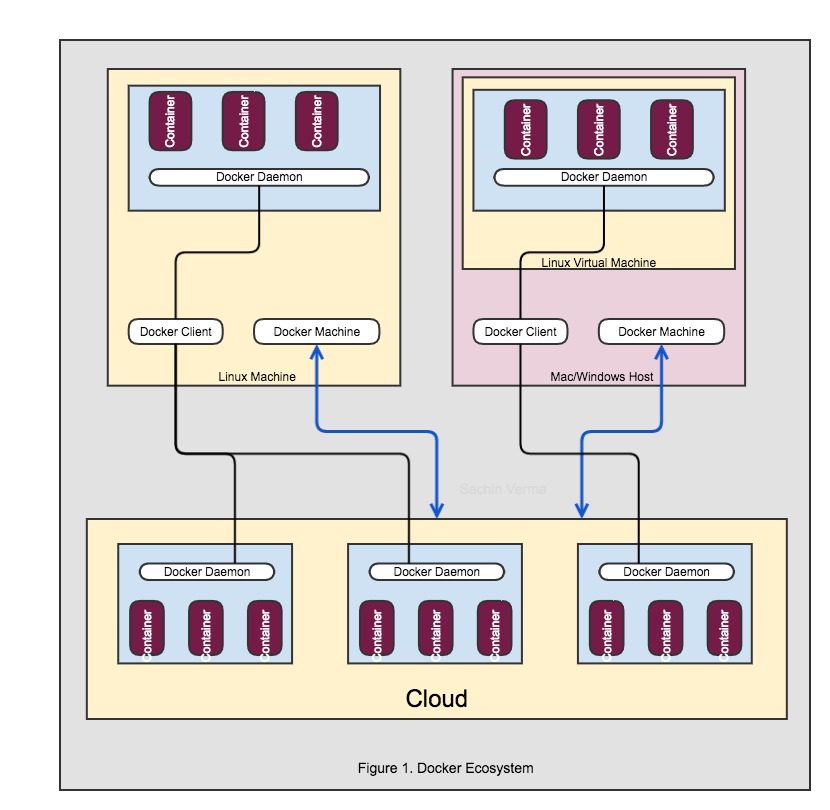 Unfortunately like many other technologies, the lingo used to describe and explain Docker ecosystem is too wide and confusing at times. I have tried to list down the important components of Docker in a short description below.

How and where can i install docker ?

Like all technologies, Docker has some challenges and growth areas.